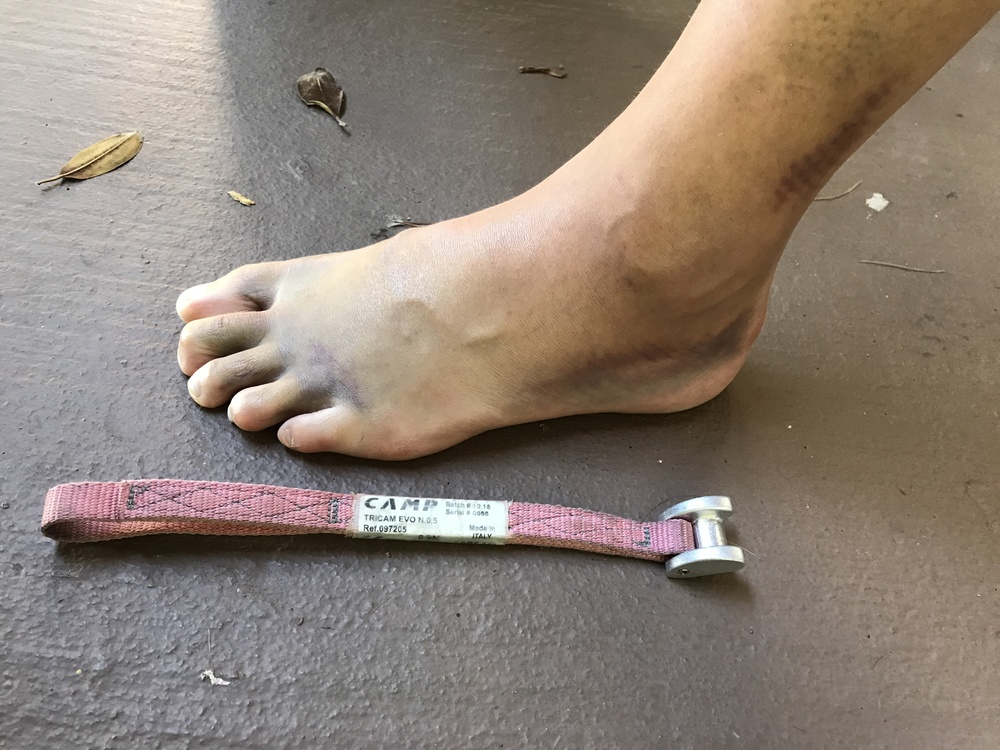 To quote Michael Scott, “I’m not superstitious, but I am a little stitious.” So, when speculation arose that a pink Camp Tricam with serial number 0666 might be responsible for three consecutively worse leader falls in Arapiles, Australia, all resulting in hospital visits, I was both skeptical and intrigued. My intrigue only intensified when I learned that the Tricam was recently brought Down Under from the United States, and that the carrier was the first to take the devil’s whip; a badly sprained ankle. Could an often considered obscure piece of gear really be responsible for the hospitalization of three climbers from the same part of camp? To investigate, I went back to the source: a for sale thread on Mountain Project dating back to August 19, 2019.

Tammy, a climber from Seattle, posted for sale a brand new, pink Camp Tricam with serial number 0666. The auction was to last 6 hours, 6 days, and 6 minutes. Tammy sensibly excused her karmic balance for the sale of the Tricam, and that any amount bid above the price she paid for the cam would be donated to her local climbing access fund. A fiendish interest ensued.

Naturally, the opening bid was set at $6.66, and quickly increased. As several climbers joined in on the bids, some of the more mischievous bidders decided to band together and form a brotherhood with the intention of sharing Satan’s Tricam around the world. Initially, 6 climbers, each pitching $11.10 for a total of $66.60, formed Satan’s Siblinghood Sends, or SSS for short, and Tammy accepted their offer.

The SSS, in a surprisingly organized fashion for a satanic cult, quickly established rules for the transfer of Satan’s Tricam: each Sibling would have two weeks with the Tricam, would be required to post a detailed trip report with photos to the thread, and bonus points would be awarded for climbing a route with a ghoulish name.

Satan’s Tricam would start it’s journey in Acadia, Maine, but would soon be delivered to a non-Sibling in California, which is where our case starts.

Hayley, a sport climber from San Diego and planning a trip to Australia, was approached by the SSS to courier Satan’s Tricam to a Sibling in Arapiles. Hayley, visiting her sister Suzy in Australia, stayed in the South East corner of the legendary Pines Campground at the base of the cliffs of Arapiles, a section of the campground that was visited by several friends of Suzy’s over a two week period while Satan’s Tricam was present. While awaiting collection from the cult member, Hayley neglected to bring Satan’s Tricam up the routes she climbed. For the next few days, Satan’s Tricam remained in the South East corner of The Pines, likely growing increasingly frustrated with its lack of climbing time, while Hayley climbed using nuts and fancy dual axle camming devices.

Hayley, growing confident with the style of climbing at Arapiles, was starting to push her trad grades, and on her most confident of days took a big whip, landing awkwardly on her foot. Her sister, Suzy, recognized the severity of the injury, and drove Hayley to the nearest hospital. A sprained ankle was the prognosis, a cruel end to her climbing trip in Australia.

Hamish, a young and bold trad climber from Melbourne, had been back and forth to The Pines a few times over the two week period that Satan’s Tricam was present. I remember discussing with him, after I had followed a unique route, “I cleaned one .75, two tricams, a ballnut, and one offset. It was the most versatile gear I’ve seen at Araps.” Hamish laughed at the strange gear. Having just returned from Yosemite, he favoured his Camalots, even at Arapiles where nuts rule, so much so that he brought his Valley Giant to Arapiles, likely never to find a crack wide enough to contain it.

After warming up one day, Hamish was determined to send a 24 (5.12a), as the day before was his 24th birthday, and he wanted his first onsight at the grade. He chose Fault Line and got after it.

Hamish reflected, “that huge horn made for a great rest jug, but I remember thinking that I wouldn’t want to fall on that.”

Fault Line has a hard-to-protect, crux traverse, which is where Hamish ran out of juice, and took the whip, landing foot-first on that giant horn he had earlier enjoyed as a rest.

Hamish was given assistance back to camp, and a generous party cleaned and returned his gear. Suzy, for the second time in two weeks, drove to the hospital. After a four hour wait, Hamish rolled his wheelchair through to the waiting room to announce he had a fractured foot. A wicked way to end his strong streak of climbs, and on such a devilish rock feature.

Mark, an experienced trad climber and a good friend to both Suzy and Hayley, wanted to get in on the action with Satan’s Tricam. Thinking it would be a fun game, he took Satan’s Tricam up Brolga, found an appropriate pocket placement, snapped a picture on his phone, and carried on. Upon returning home to Melbourne, Mark posted the picture he took of Satan’s Tricam to Mountain Project with the words “A misunderstood tricam. Who is not evil at all.”

One week later, Mark returned for a single day in Arapiles, braving an 8 hour return trip from Melbourne. He was keen to push his limits on Quo Vadis, a notoriously sandbagged route with an early crux. Mark brought his double rack of totems, three sets of nuts, and all of his stoke, but left his Tricams at home.

Mark started the route by placing a green Totem and climbed until it was at his waist, then something came over him. Mark took a fall, and having only one piece in place, his belayer was forced with a quick decision: a hard catch or a ground fall. Mark took the hard catch, likely the right choice from his belayer, but was in immediate agony from the way he landed on his foot. Mark, being as stubborn as many male climbers, reluctantly accepted a hand from another party to descend the fifth class approach back to camp, but refused to be driven to hospital. He waited for a while, but the pain in his foot  increased. Having driven a stick-shift to Arapiles, he accepted a stranger’s offer to drive him and his car home.

Back in Melbourne, Mark checked into hospital where an X-ray showed a triple fracture in his foot. He would go into surgery immediately, and follow up with 2 months of rest and 4 months of rehab. A vicious diagnosis given the circumstances.

The group at The Pines reflected on this one carefully and concluded that the hard catch was the right choice. The ground fall was far more likely to injure, and given Mark’s closeness to his single cam, the short fall had a very low chance of injury. It was as though an outside force had taken control.

Not long after this happened, I told the story to a group of strong climbers at Taipan Wall in the Grampians, about an hour drive from Arapiles. The reactions were mixed, but one comment stuck with me “I’ve been climbing at Arapiles for a decade, and I’ve never seen nor heard of anyone getting seriously injured. Now all of a sudden everyone’s risking death?” Maybe not quite death, but if the injury severity continues to escalate, who knows what could happen.

The group from The Pines has since moved on, mostly to Tasmania, the home of the Tasmanian Devil, and the string of injuries at Arapiles has stopped. Coincidence? Not likely.

Satan’s Tricam was on a mission. A mission to restore climbers faith in the Camp Tricam. As witnessed by the three poor souls presented in the evidence, the accidents occurred right when they were pushing their limits and only when they left their Tricams at home. The increasing severity of the injuries likely correlates to Satan’s Tricam’s increasing frustration with the climber’s reluctance to use his three-pronged gear.

Satan’s Tricam has returned to North America, where it will continue to be passed around by the cult. A small group of Aussies have learned their lessons, but to the American’s now at risk, the message is clear: don’t leave your Tricams at home. You’ve been warned.

The for sale thread and recent updates can be found here:

Support me by following on social media 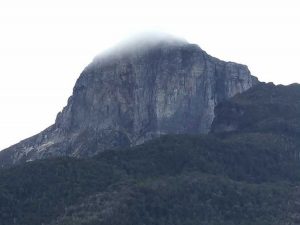 I Could Die at Any Moment

“Do you feel like you could die at any moment?” Chris asked at the start of pitch 4 of The Sydney Route. We had hiked

To quote Michael Scott, “I’m not superstitious, but I am a little stitious.” So, when speculation arose that a pink Camp Tricam with serial number 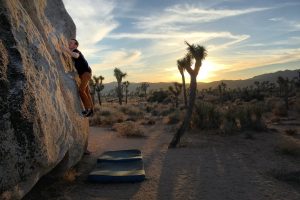 Joshua Tree is an incredible, otherworldly landscape, with amazing views, creatures, and climbs; so who wouldn’t want to visit? These features draw huge flocks of 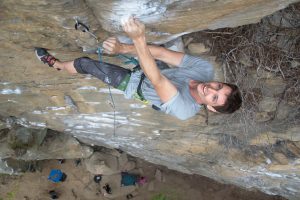 The Red River Gorge: world renowned sport climbing and the best dirtbagging in the East. You should stop thinking about it and just go. But, 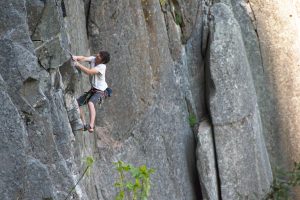 It’s 7:30pm on a Tuesday in May and I’m sitting at a park bench, watching the sunset just inside park boundaries. I’m waiting for the